ARPLAN 3D — functional ruler with augmented reality. With it, any room can be measured in just a few minutes.

Imagine a real-time app that works with multiple smartphone cameras simultaneously, using the latest ultra-complex augmented reality (AR) technology that engages virtually all of your device’s physical sensors. Complete the picture with sophisticated Computer Vision algorithms, as well as even more sophisticated Point Cloud Analysis. Cover it with a glaze of native code, RenderScript and Parallel Computing. Specific OpenGL will be used for rendering in 3D. Plug in Machine Learning. Sprinkle the whole thing with the lack of the necessary APIs to work with the ToF sensor. Also consider the peculiarities of the Android platform, where there are thousands of devices with different hardware. We are trying to put it all together and do the complicated math, in 1/30th of a second, so it doesn’t slow down. Naturally, we’re going into multithreading and… getting a buzz.

It is important to be engaged in innovation for us, because firstly, we love creativity and technologies, and secondly, we like the feeling of self-fulfillment – to create something worthy, new, original and with direct practical benefits for ordinary people. It turns out an ambitious goal, requiring extra-efforts and full professional realization from us. And we love it. Being in mobile development since 2012, experimenting with different directions, including GameDev, in the fall of 2017, we came to the AR theme. As soon as the first device with technology support (Samsung Galaxy S8) appeared, we started creating our firstborn, AR Ruler, and we released it 4 months later.

So far, the app has 10 million downloads and is the leader in its market segment on Google Play. Besides AR Ruler, we also have ARPLAN with almost the same number of installations.

In our small team of developers, consisting of 9 people, four of them are PhDs, which determines our specificity as a tendency to excitement before complex tasks.

The prospect of AR market growth additionally motivates us to conduct intensive R&D, which is what we do, making the best of what we can.

Scanning the geometry of a room and getting its physical dimensions and 3D model has never been easier! Rotate your phone 360 degrees, consistently adding new wall sections without having to get closer or make extra effort.

You can measure a long hallway with acceptable accuracy in just one or two minutes! Simply point the camera at new wall sections and quickly get a spatial layout.

Computer Vision algorithms allow you to find wall junctions and object boundaries in 3D. In order to qualitatively improve the User Experience (UX) of our applications, it is important to help users with more accurate markup.

Automatic measurement of volumetric objects. A particularly useful functionality for our AR Ruler app, where you get its dimensions automatically by simply pointing the camera at the chosen object!

“Bomb app!!! Very convenient, simple. Might save a lot of time. Impressed.”

Kant Dauletchinov
“Everything is very good. I'm glad I found this app. Just one request, it would be nice to add the ability to dot in the form of elementary things on the finished plan (switch, socket, shield, lamp).” Tomas Schus
“One of the best applications of this type in the play market. Of course, there are shortcomings (in small rooms it periodically goes astray), but still the accuracy is almost 100%. Keep it up!” 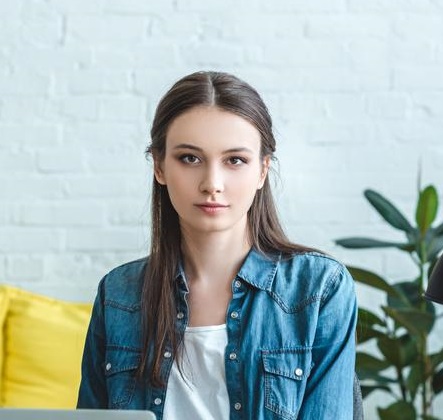